Those who have been trying to keep an eye on the craft beer scene of Maryland’s Eastern Shore lately can hardly blink without missing something new: a new beer, a switch to cans, take-out and delivery options. You can even buy beer online from some breweries and have it sent to you. The COVID crisis has changed the landscape. However, the Lower Shore has been lucky; not only do we still host all the breweries open last Fall, we have even seen the opening of the first farm brewery and a meadery.

October is known as a beer month around the world. The annual Oktoberfest celebration in Munich, Germany was cancelled, but luckily for us, we have many breweries and events to help us celebrate the start of Fall. Exploring Worcester County on your October beercation is a great way to experience the season's world-class beer and breweries here on Maryland's coast.

Backshore is the only oceanfront brewery in Worcester County. It sits on the world-famous Ocean City boardwalk and pours unique and delicious seasonal beers of all styles. It may be the smallest brewery on the shore, so a tour requires just sitting at the bar and talking with Nate, the general manager and brewer there. You will learn about beer, brewing and life at this unique and friendly brewery. You can even pick up some Hoop Tea here, another popular beverage created by the brewery’s owner. Don’t forget to try the Fist Pumpking, Backshore Brewing’s take on the ever popular pumpkin beer.

Fin City is housed in the eaves of the popular Hooper’s Crab House, the red-roofed restaurant that guards the western shore of Assawoman Bay at the foot of the Route 50 bridge into Ocean City. Their names are hyper-local and infused with fishing phrases, locations, and local lore. While many of their beers are contract-brewed in Baltimore, the original location still brews in copper kettles above the bar and pipes the beer directly to the taps. Can you get any fresher? 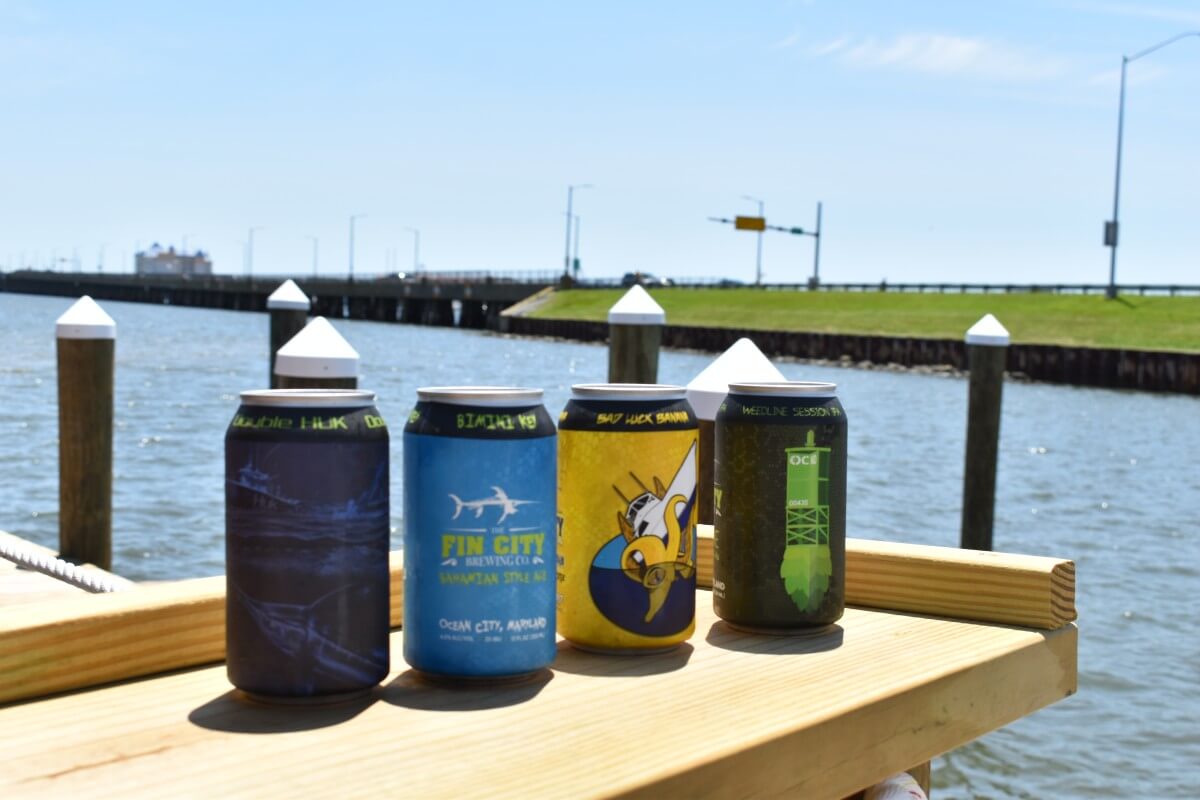 Sin Brew for short, this is the lower shore’s ONLY farm brewery. Joe Baella, a favorite brewer, most recently from RAR in Cambridge, Maryland, has joined the team at Sin Brew to bring you craft beer and even hard seltzers brewed with the owner Paul Carolotta’s blueberries grown on the same farm. Paul is growing hops on the farm as well to use in the unique beers created at the Shore's newest brewery. It’s been a long time coming, but his farm brewery is a must-see location. They are still working on their taproom, but the outdoor dining/drinking area is rustic and inviting, located just off of 611 on the way to Assateague from Ocean City. 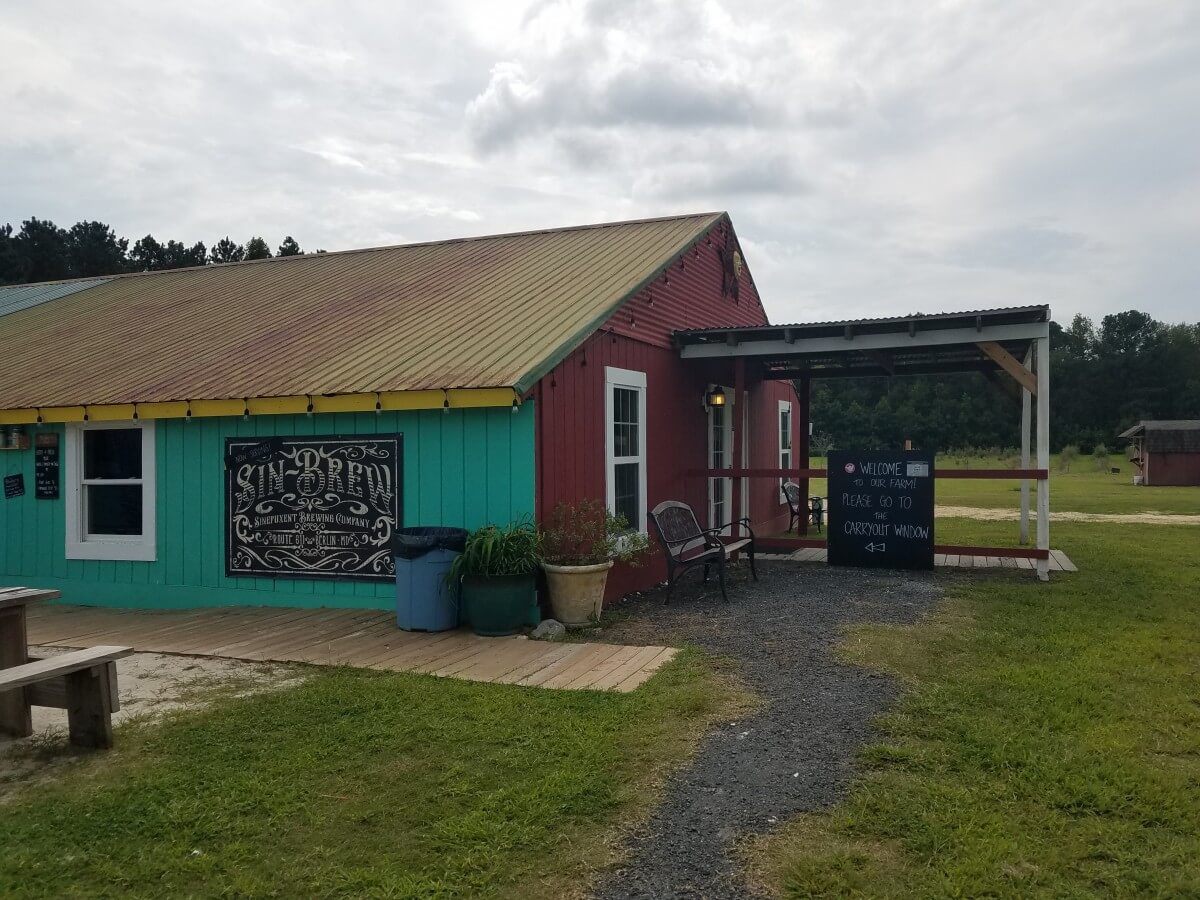 Next stop, Berlin, Maryland. Some say Burley Oak is taking over the town of Berlin. Others say the brewery thrives because of the town. Either way, Burley Oak is a must stop brewery in downtown Berlin, Maryland, voted the “coolest small town in America” several years ago and continuing to prove it every day. Burley Oak is a bit of a cult favorite with craft beer enthusiasts and their goal is “to produce distinctive beers whose quality is unsurpassed using new and traditional brewing methods.” From a coffee and cream ale, with a delicious taste, silky mouth-feel and unique light color, to the many sours they produce, to the more traditional IPAs and hazy IPAs, Burley Oak’s beers are almost universally popular. The owner, Bryan Brushmiller has just purchased the Globe Theater, also in downtown Berlin, and is opening it to serve beer and food as well as mixed drinks. 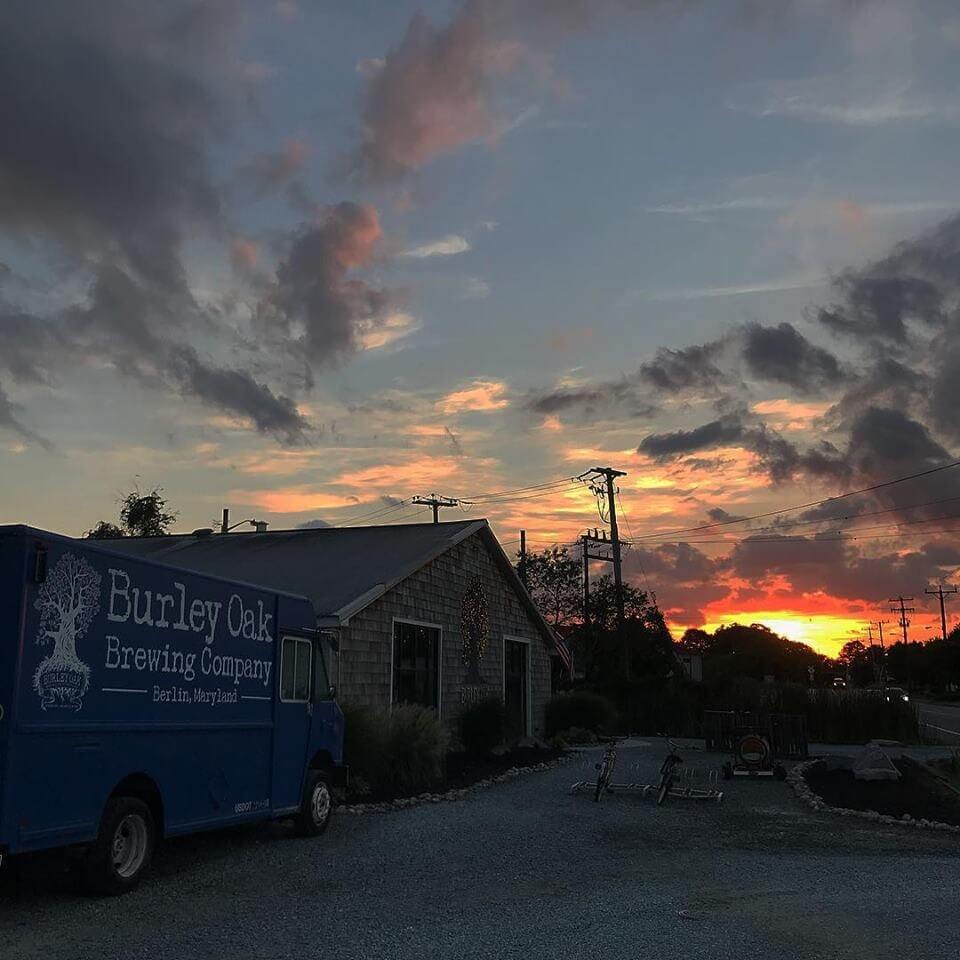 Craft is craft and a new craft meadery opened on Route 113 in Berlin. Mead is an alcoholic beverage fermented with honey and was the favorite beverage of Vikings. A similar beverage brewed with honey is popular in Ethiopia and Eritria as well. But don’t think traditional. The Buzz Meadery focuses on low ABV (alcohol by volume) carbonated beverages, full of fruit like strawberries, blueberries, or peaches sourced from hyper-local farms on the Eastern Shore. Their motto is “Intentionally crafted” with “sustainable ingredients sourced direct from the Eastern Shore. Small batch, fantastic flavor. Because bees matter, and what you choose to drink matters.”

The location is hard to find since it is small and behind the Pitt Stop liquor store on 113 in Berlin, but if you want to try something new and you support local, you should stop by.

Stop to Eat and Sample Craft Beer On Your Way:

Stop at Evo as you journey to the coast. It is the largest brewery in the three-county area and located in an old ice plant in downtown Salisbury. To help enjoy some of the best weather and one of the best times of the year here on the Shore, EVO expanded their outdoor dining area during the COVID crisis. Indoors or out, their restaurant produces quality food and their beer is consistently good. Lot 3 is an extremely popular IPA and is always available not only in the brewery and tasting room, but throughout the region. If you haven’t tried it and you like American-style IPAs, you should. It defines the genre. They have a Day Crush Sour with 50% wheat that is a seriously refreshing beer that is “quenchingly tart yet sessionable.” Their seasonal ales include their version of a pumpkin ale brewed with spices and fermented with a Belgian yeast. Roasted pumpkin is added to the mash to produce Jacques Au Lantern, perfect to pair with your fall dinner favorites. This brewery is a must go when traveling to or through the lower shore. 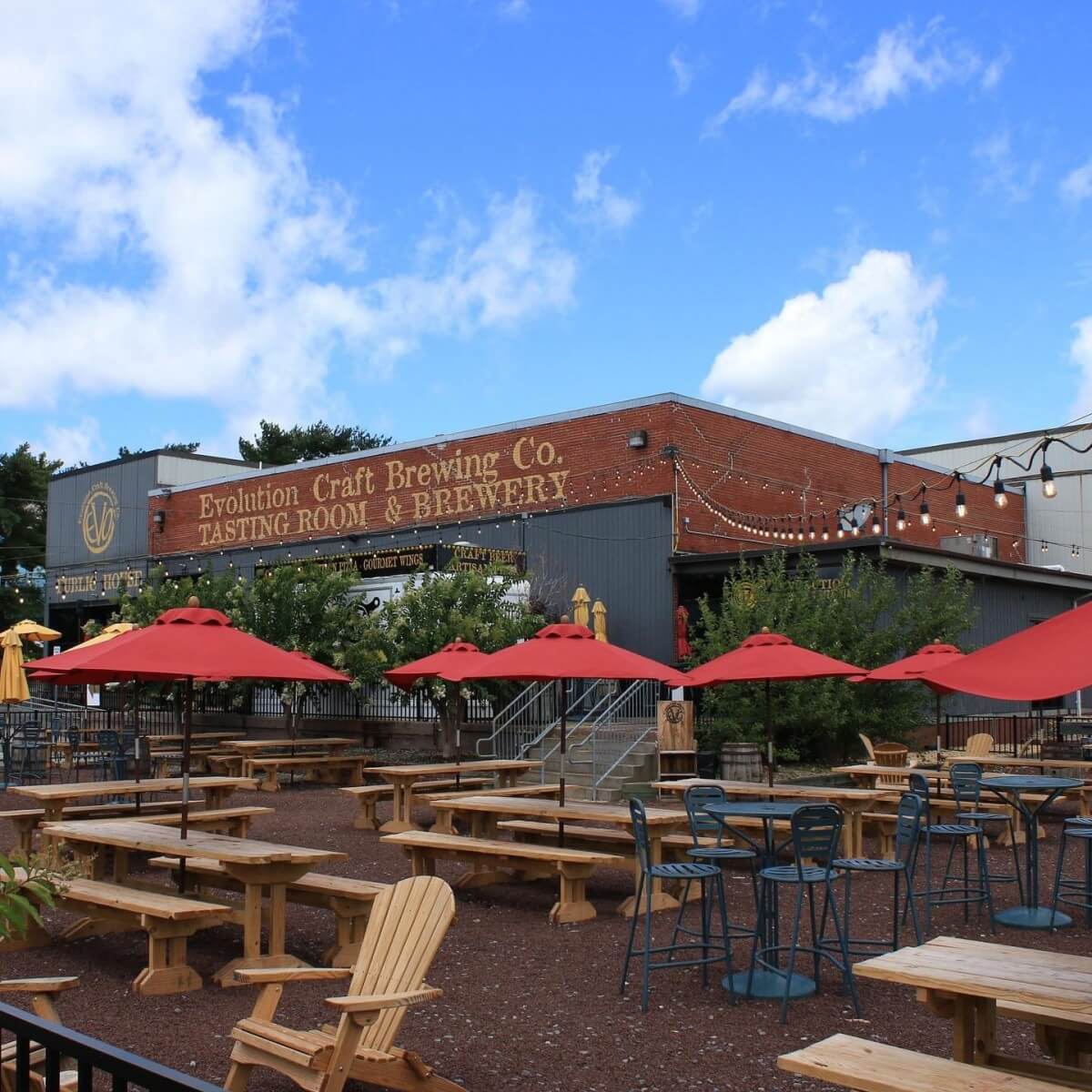 Anybody who has traveled along Route 50 to the beach has seen the large sign in the westbound lanes advertising Tall Tales Brewing whose motto is “respect the craft, love the liquid.” This brewery is overseen by Eric Camper, an approachable brewer with a wealth of knowledge and a love of Star Wars. Tall Tales' beers are diverse and they produced many COVID named brews during the shut down. Their take-out and delivery business grew exponentially during the crisis, but now that they are open again. Tall Tales has an outdoor dining area with firepits and games which is a lovely place to go and social distance while enjoying fabulous food and local craft beer. Eric teamed up with a local favorite business in Ocean City, Candy Kitchen, and brewed the Candy Kitchen oatmeal stout made with Candy Kitchen’s famous fudge. They also have fruited sours, IPAs, hazy IPAs, Double New England IPAs, lagers and a red ale usually on tap. 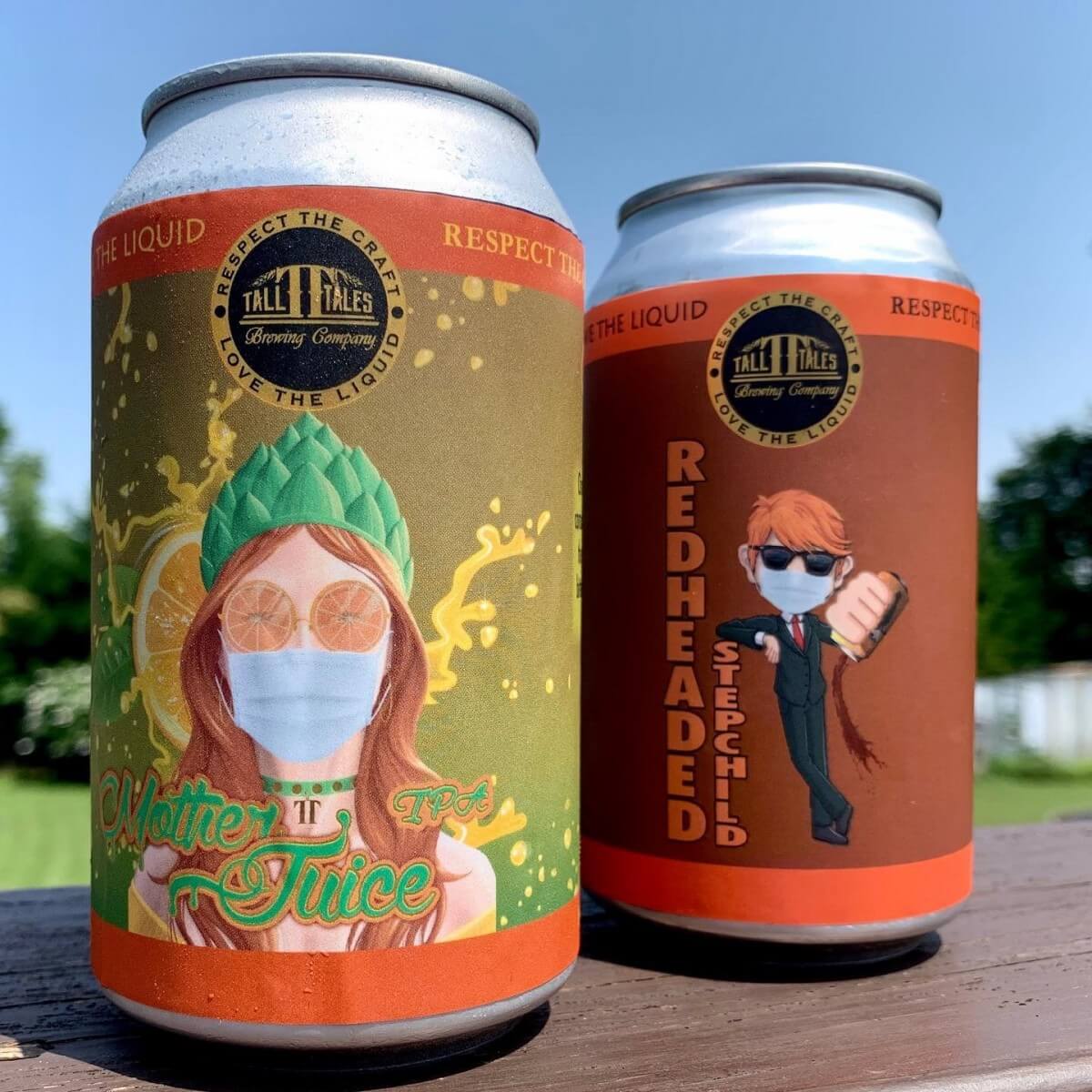 OCtoberfest is NOT cancelled in Ocean City. The weekend of October 23 - 25 will highlight the lower shore as the ONLY place to be for craft beer lovers wanting a meaningful BEERCATION. Hotels are offering packages that include a wrist-band and branded facemask which will get you discounts and specials in participating bars, restaurants, and breweries all weekend. You can also buy these wristbands and facemarks online for only $15! EVO alone is offering a free appetizer to the wearer of a wristband. That in addition to the cool facemask makes the $15 a great deal! Information is available here. 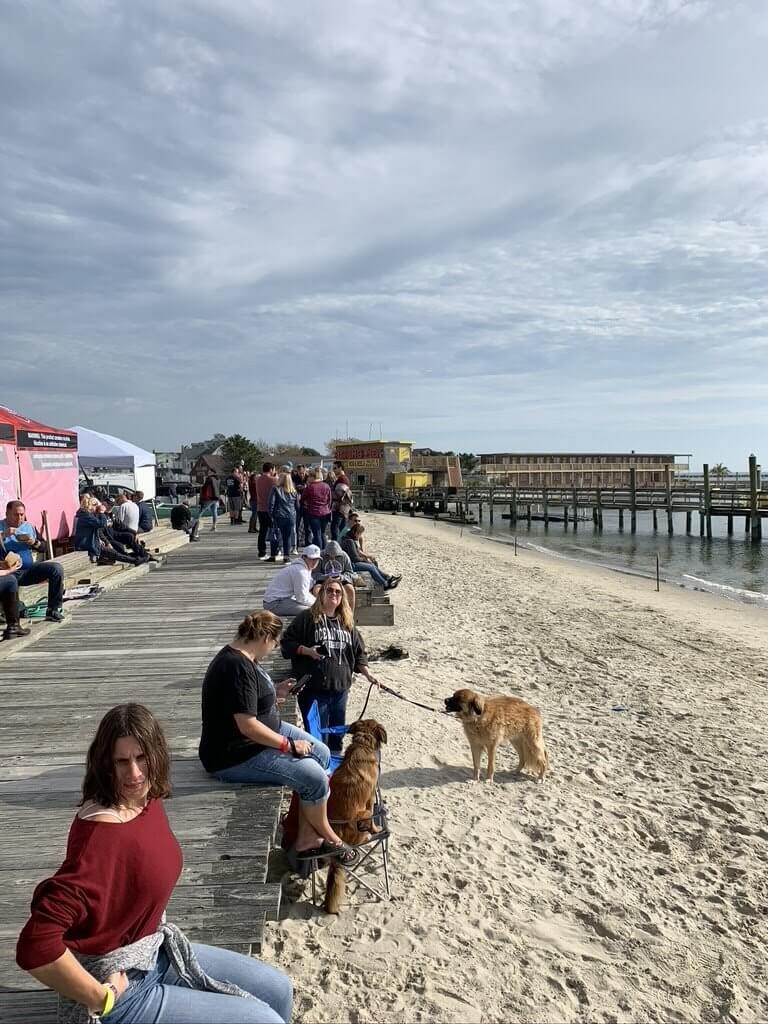 In addition, there is a small VIP festival in Sunset Park in Ocean City on October 24th. COVID has dramatically changed the way this festival is produced, but 250 people can buy tables for up to 6 people in their group. They can choose a table based on the number of beers included in the package and will enjoy the live music produced by a local popular duo, Full Circle. The Street Kitchen Food truck will be on hand to sell food to participants and vendors will be there to offer shopping options. You can get information or buy tables on ShoreCraftBeerFest.com. ALL TICKETS MUST BE PURCHASED IN ADVANCE, so don't wait. There are only 250 seats available and you have to buy a table for up to 6 in your group.

The best part about the Eastern Shore and all the breweries here is the state-of-the-art Shore Craft Beer App funded, in part, by the Rural Maryland Council. This App helps you find beer near you. It integrates with the popular Untappd program so beer varieties automatically populate listings for breweries, bars and restaurants. It even allows you to sort your searches by locations that offer take-out or outdoor drinking/dining so you can keep COVID safe. You can track the beers you drink and rate them so you can remember what to buy when you visit your favorite liquor store. There are even challenges to help you win prizes, just for drinking beer. If you plan on attending the Octoberfest Craft Beer Weekend in Ocean City, then make sure you download the App which is available on both iTunes and the Google Play Store. 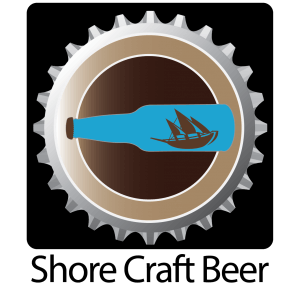 Are you looking for the perfect spot to go golfing in Worcester County? Maryland’s Coast has you covered! Spring is just around the corner and as the temperatures begin heating up we know that you’re thinking about your next golf getaway. When it comes to golfing in Worcester County, you’re in luck because our seaside community boasts multiple championship golf courses to challenge both novices and professionals!

Things to Do in Berlin, Maryland

America’s coolest small town, Berlin Maryland is bursting with charm and leaves a lasting impression on anyone who steps foot on Main Street. The artistically alive and eternally young town is famous for its locally-owned businesses and welcoming events. The Berlin hospitality will have you feeling like a local in no time!

Start 2021 off right with a winter wellness trip to Maryland’s Coast! Enjoy a little rest and relaxation after the hustle and bustle of the holiday season, and melt those winter blues away in Worcester County. Take it from us, there’s no better cure than spending some time in nature, enjoying the sand between your toes and salty breeze through your hair, and on Maryland’s Coast, we have it all!

Are you looking for family-friendly activities in Worcester, MD? Look no further than the Taylor Museum in Berlin, MD. Originally set for demolition in 1981, this 19th Century home now serves as a museum in the Town of Berlin, filled with a rich, local history, that satisfies the curiosities of locals and out-of-towners alike.